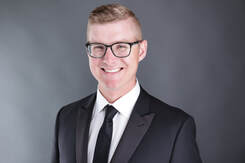 ​Tanner Smith has served as the Director of Bands at Wakeland HS since 2016. At Wakeland his responsibilities include the Marching Band, Wind Symphony and overall program direction. He also assists with Concert Band, Symphonic Band and Middle School ensembles.


Prior to his appointment at Wakeland HS, Mr. Smith taught at Independence HS in Frisco ISD and Allen High School in Allen, TX


During his tenure, the Wakeland High School Marching Band has been named a finalist and regional class champion in the Bands of America DFW regional competition.  The marching band has been a consistent UIL Texas State Marching Band Contest finalist, and was named the 2019 Class 5A Bronze Medalist.  Most recently, the Wakeland Wind Symphony was invited to perform at the 75th Annual Midwest International Band and Orchestra Clinic.


Smith has previously been on the Educational Team for the Summer Symposium Drum Major Institute and taught with the 2013 and 2022 Bands of America Honor Band in the Tournament of Roses Parade.


Mr. Smith is a member of the Texas Music Educators Association and the National Bandmasters Association. He currently lives in Frisco with his wife Corey, daughter Nora, and their dogs Rex and Chester. 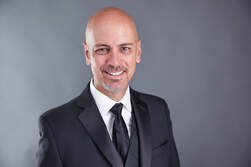 ​Daniel Berard joins Wakeland as a 26-year veteran educator with a wide range of experience with students of all levels, from beginning to professional musicians. Most recently, he served as Director of Bands at Grain Valley High School (Grain Valley, MO) where he was responsible for all aspects of the large, vibrant, and successful Band program, and coordinated district music activities.

​Prior to that position, Mr. Berard held the Director of Bands position at Fossil Ridge High School (Ft. Collins, CO), having had the opportunity to open the school in 2004. During his tenure at Fossil Ridge, the Band program grew to national prominence, earning multiple state championships in Marching Band, numerous state awards and consistent “Superior” ratings in concert and jazz performance, and two invitations as a featured ensemble at the prestigious Music For All National Concert Band Festival, held in Indianapolis (2012 & 2016).

Mr. Berard received a Bachelor of Music Education degree from the University of Wisconsin-Stevens Point, and Master of Music degrees in Music Education and Instrumental Conducting from Colorado State University. He has been a member of the instructional team of several world-class Drum & Bugle Corps, including The Madison Scouts, The Cavaliers, and The Cadets. He is also a staff member for SASI - the Leadership People, a Texas-based organization specializing in providing leadership training for thousands of students nation-wide each year.

Mr. Berard is 1 of 17 directors nation-wide to be named a Yamaha Master Educator, is active as a clinician, adjudicator and conductor, and has presented at numerous clinics and conventions across the country, including the prestigious Midwest Clinic in 2019. Mr. Berard has received the National Band Association Citation of Excellence, and in 2012 was named one of the "50 Directors Who Make a Difference" by School Band & Orchestra Magazine. 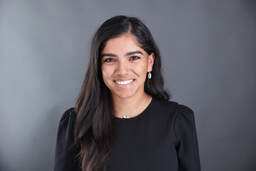 Lizzie Perry is a native Texan, originally born in Round Rock, TX. After moving to the Dallas/Fort Worth Metroplex, she attended John H. Guyer High School. Mrs. Perry earned her Bachelor of Music Degree from the University of Texas at Arlington where she studied clarinet under Dr. Cheyenne Cruz. She performed in many ensembles, including the Wind Symphony under the direction of Dr. Douglas Stotter and University Singers directed by Dr. John Wayman. Mrs. Perry was also a four-year member of the Maverick Marching Band, serving as undergraduate assistant in her final year. She has taught at various schools in the DFW area as a marching band instructor, which include Coppell, McKinney North, and Guyer High School.

​
Mrs. Perry recently served as drum major for the Santa Clara Vanguard for the 2020 season after joining the drum corps in 2019. She was also a member of Orion Winds for their inaugural season in 2019. Mrs. Perry also serves as the Secretary and co-chairperson of the DEI  committee for the Vanguard Emerging Leaders and is a founding member of the organization. She currently spends some of her summers on the road with Vanguard as a tour administrator.

Mrs. Perry is humbled and delighted to be a part of the Wakeland Band Staff and to continue sharing her passion for music and contribute to the tradition of excellence. 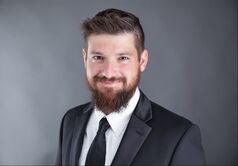 ​
Mr. Teed is originally from The Woodlands, Texas where he had the privilege of being under the direction of Mr. Andrew Salmon at The Woodlands High School. He holds a master’s degree in Percussion Performance and a bachelor’s degree in Music Education from the University of Oklahoma, where he was awarded the Ronald J. Dyer award for outstanding contributions to the OU Percussion Studio. During his graduate degree, Mr. Teed taught the University of Oklahoma Drumline alongside Mr. Glen Buecker, was the Assistant Director of the OU Steel Drum Band, and was the Director for the “Sooner Showmen” Women’s Basketball Band.

Mr. Teed has performed at numerous conventions and festivals including the Classical Music Festival in Eisenstadt, Austria, The National Convention on Percussion Pedagogy in Norman, Oklahoma, and the Percussive Arts Society International Convention in Indianapolis, Indiana. During his time at OU, he earned first place in the University of Oklahoma Concerto Competition in the Graduate Division (2013) and Undergraduate Division (2011). He was a founding member of the Norman Philharmonic Orchestra.

His professional affiliations include the Texas Music Educators Association, the Percussive Arts Society. He is also an educational artist for Vic Firth.

Mr. Teed currently resides in McKinney with his wife Jennifer, who is the Assistant Band Director at Pioneer Heritage Middle School in Frisco ISD.

Ms. Alyson Harris, Color Guard Director
Aly Harris has been involved in the pageantry arts for over a decade. She began her Colorguard career at Tarpon Springs High School in 2011 and has been following her passion for the activity ever since. Her experiences at Tarpon Springs led her to march with Bluecoats Drum and Bugle Corps in 2015, 2017 and 2018 and Bluecoats Indoor Winterguard in 2019.
​
During and after her time as a marching member, Aly began teaching and choreographing with a number of A, Open, and World class groups. Those schools include Tarpon Springs HS, Pendleton Heights HS, Lawrence Township HS, Choctaw HS, and most recently L.V Berkner HS.

Her mission is to always provide a safe environment that aids in the development of our activity from an educational standpoint while also encouraging artistic and personal growth. 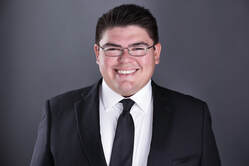 ​Mr. Jeff Carmona, Percussion Assistant
Jeff Carmona is a performer and educator in the North Texas Area from San Antonio, TX. Mr. Carmona joined the Wakeland High School Band staff in 2017 as a private lesson instructor. He is currently the Assistant Percussion Director for the Wakeland High School Band Cluster assisting with the marching band and helping with all areas of the percussion program for both Cobb and Griffin Middle School.

Mr. Carmona attended the University of North Texas where he studied under Paul Rennick, Christopher Deane, Mark Ford, Ed Smith, and Jose Aponte. While at North Texas, he spent time in the Green Brigade marching band, the 8 o'clock and 2 o'clock steel bands, the Brazilian ensemble, the Gamelan ensemble, and the Advanced Afro-Cuban ensemble. Mr. Carmona has traveled overseas to perform with the North Texas A-line in Opole, Poland, at drum fest in 2014. He was also a member of the 2013 and 2015 North Texas Quad Ensemble earning first place at the Percussive Arts Society International Convention.

Mr. Carmona is excited to begin his new role as the Assistant Director of Percussion for the Wakeland cluster. He currently resides in McKinney, TX.